Winners, losers and incoming trends for the restaurant scene

Winners, losers and incoming trends for the restaurant scene

Food is anything you want it to be these days. Apparently. A bloke walks into an apartment building where they are renovating the restaurant. “What’s it gonna be?” he asks. “Spanish, Mexican, South American, with a little bit of Middle Eastern influence,” he’s told.

I’m not making this up.

“Sounds great. Have you got a good chef?” “Yeah he did his apprenticeship under Jamie Oliver.” River Cafe meets Day of the Dead via tapas with hummus and falafel. Can’t wait.

I’d like to think the muddle of Australia’s freestyle, throw-it-all-into-the-pot cooking is settling; the lack of rules and cultural baggage has been a good thing for the nation’s culinary development, and probably suits the national character. But without proper training and roots, our commercial cooks sometimes lose direction. See above. Places that are more focused, with less of a scattergun approach, will always be the real stayers.

To look forward, of course, it is useful to look back. And the restaurants of 2016 that made a difference, that have legs, all have a clear sense of identity.

The standouts of 2016 have a clear mission at their core. I’m thinking Stanbuli in Enmore, Sydney, with its Turkish roots; Igni in Geelong, Victoria, with its original cooking devoted to fire and smoke; Lulu La Delizia, in Perth where pasta is explored in a mature and adventurous manner; Oakridge, in the Yarra Valley, where the cooking and the wine produced on-site talk to each other beautifully; Bar Brose, Hubert, Yellow and Dolphin — all, I’m afraid, part of the Sydney push, too. Not to mention Australia’s first great seafood restaurant, Cirrus, and Fred’s, pushing a new style of hearth-to-plate kitchen-as-diner. 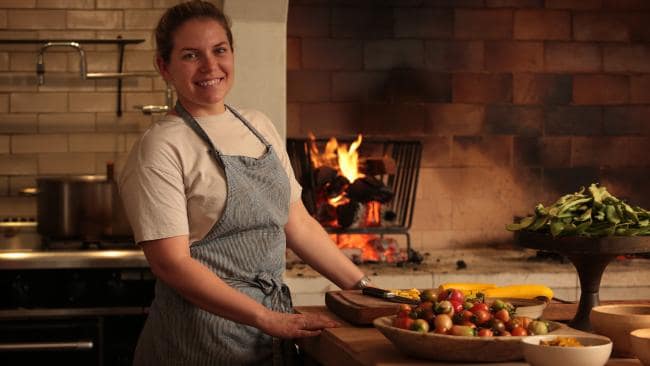 Sydney had so much happening in 2016.

We were excited by the reborn Africola, in Adelaide, too: a great example of what a single-minded chef — in charge — can achieve. And in Perth, Wildflower came on stream with truly inspired contemporary food inspired by the West. And Long Chim … Sure it’s a chain, but it’s done very well, and a serious chef is behind the concept. 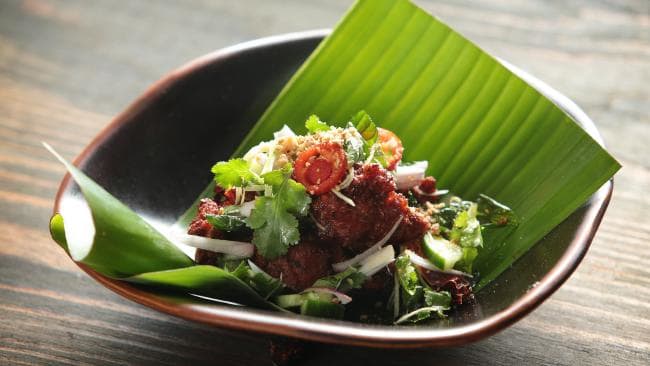 The country is full of ordinary restaurants that persist with taking our money in exchange for little. It’s a mystery. Lowlights of the dining year included Adelaide’s Hill of Grace and Versace’s Vanitas, in Surfer’s Paradise, both expensive and anachronistic. Ditto The Cut in Melbourne, a business that now — most peculiarly — finds itself a stablemate (in another format, after the failure of the first one) of the persistently good Rockpool Bar & Grill trio. And Cape Lodge in the Margaret River region, a place that cannot shake off its function-centre identity, despite the prices.

They constitute a small group of restaurants I found massively wanting in 2016.

Then there was a bracket of places pumped full of air by others in the media that seemed to me to have developed serious leaks. I’m thinking The Apo in Brisbane, Mercado and Indu in Sydney, Fuyu and Bib & Tucker in Perth.

They are all, as far as I know, still alive.

Less so are the enigmatic Mark Best’s Marque, Frenchman Guillaume Brahimi’s Guillaume in Pad­dington, Silvereye in Chippendale — a post-Noma experiment that failed — and, technically, Rockpool 1989, which became Eleven Bridge and stayed out of the Urban Purveyor Group merger (see below).

All, in their own way, places of considerable merit that ran their race for a variety of different reasons.

PUT IT IN YOUR DIARY

Hundreds of new restaurants will open in 2017. Most will be beige, rudderless ships, the dining equivalent of a Holden Cruze. There are, however, some openings on the drawing board that will make a lot of noise.

In Sydney, it will be fascinating to see if Chin Chin’s Melbourne brand translates when it launches in Surry Hills around August. The restaurant has been the phenomenon of the decade in its home town.

And from the same proprietor, Chris Lucas, an as-yet-unnamed three-level Japanese restaurant with chef Shaun Presland at the helm has some very innovative ideas behind it, destined to shift thinking at the high end of Melbourne eating. Around May. And in the unlikely location of Crown, Australia’s third Long Chim will open around February. If it’s as good as Perth …

Speaking of which, one of the city’s best operators, Paul Aron, will finally get his Quo Vadis Baby off the ground, at the Harry Seidler-designed QV1 tower on St Georges Terrace. Aron has some interesting restaurants behind him.

In Sydney, the relentless march of two restaurant company powerhouses will be the ones to watch. The Hemmes family’s Merivale group will open yet another Paddington restaurant in Oxford Street in 2017, a former retail site two doors down from Fred’s that will be a showcase for current The Paddington exec chef Ben Greeno. And Barangaroo’s biggest restaurant project, a three-level site leased by Matt Moran and the Solotel Group, will open later in the year. As if Moran doesn’t have enough to think about.

Spawn of the Neil Perry/UPG union, Sydney will get a Rosetta (based on the high-end Italian created by Perry at Crown) and Brisbane will get a Rockpool Bar & Grill. We believe.